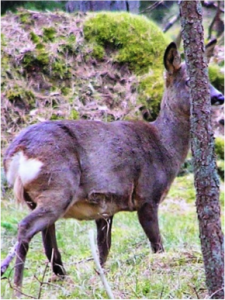 Tisvilde Forest is very unusual. Beneath the surface lies the remains of several villages with their land. They disappeared under meters of shifting sand during the 17th Century. But a hundred years later not only was the problem solved with low plants and bushes, but the cultivation of a new forest was in proces. At the end of the 18th Century several varieties of pine trees were established.

The forest of today is dominated by these pines, which make the forest unik. Later other species of trees were also planted, but the 200 year old pines are very characteristic for the area. The forest is only 2 kilometres from Ramløse.

The extensive heath Melby Overdrev can be found in the South West corner of the forest. Here it is possible the see the night jar, the black woodpecker and the stonechat. One can find rare orchids, fungies and butterflies. The many glades in the pine forest create, together with the numerous forest pools, an El Dorado for plants and animals, which is rarely seen anywhere else. 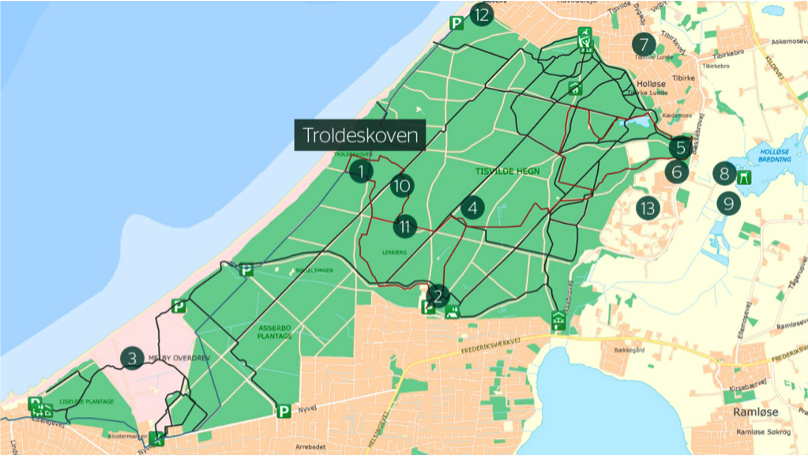 Troldeskoven is a name of an area with pine trees flanking the beach. Due to the whims of Nature this part of the forest has developed deformed pine trees resembling trolls. The irregular branches give a mysterious atmosphere.

One of Nothern Zealand´s best beaches

The forest meets the coast in a strech of nearly 4 kilometres. To the south west lies the holiday town Liseleje, and to the north east one finds the resort of Tisvildeleje. Meter high chalk white sand dunes lie between the forest and the beach. 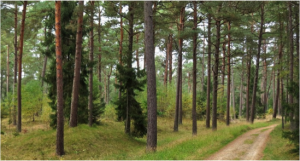 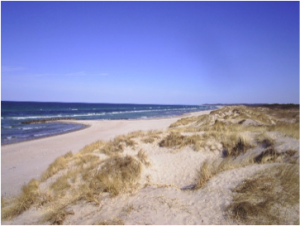 price 200 DKK per person per night